iPad appears to have crashed - how can I find out what happened?

In iOS 12, Apple added a new behavior to Guided Access, which causes devices to sleep after 20 minutes of inactivity, regardless of Auto-Lock settings.  To prevent this, you need to be running iOS 12.1.1 or later, then open iOS Settings > General > Accessibility > Guided Access > Set Mirror Display Auto-Lock = On.

Other issues that might be causing the device to sleep or Auto-Lock unexpectedly:

If the app appears to have crashed to the Home screen, you can send us the device’s crash logs to investigate further.

Syncing Crash Logs Off a Device

When an iOS device is synced to iTunes on a computer, crash logs are downloaded automatically. To do this:

The next step is finding these logs, which depends on the operating system your computer uses: 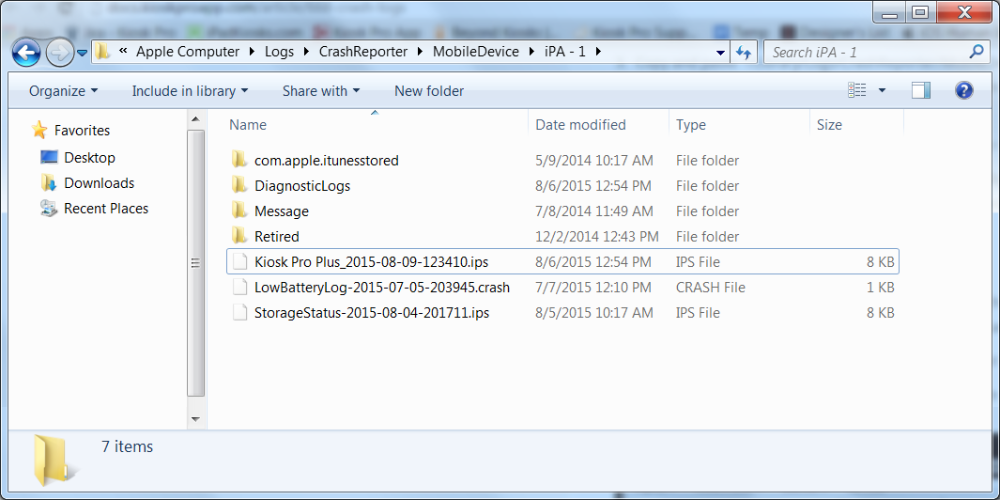 Actual crashing of the iOS operating system itself is relatively rare, but does occur - these logs are often shown as 'JetsamEvents'.

We also often hear about situations where power to the device is interrupted and the battery drains to 0, effectively shutting off the iPad. Crashes caused by low battery are also logged in the same folder and are generally identifiable by a ‘LowBatteryLog’ filename.